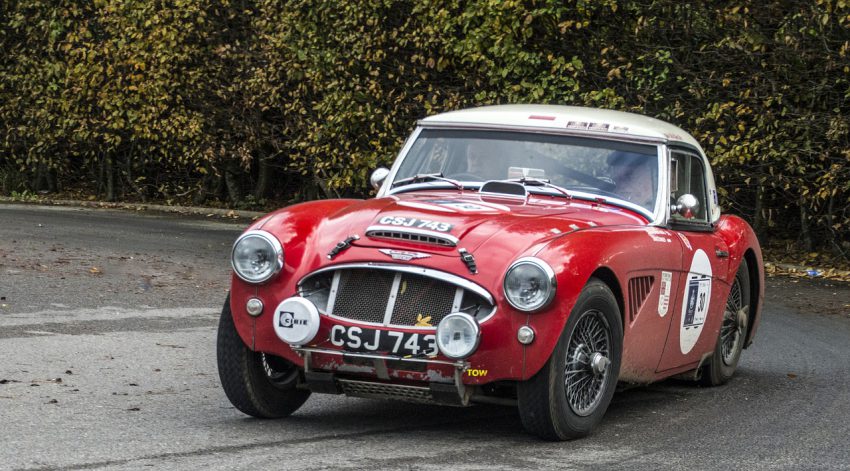 Race cars have come a long way in the past century, and with the ever-developing technology, they keep getting better and better. But every race car enthusiast should know how it all began and what were the major changes that this industry has gone through in order to be able to create vehicles that we know and love today. In this article, we’ll take a look at a  short history of race cars, from the first generation to the latest models that are known to car fans worldwide.

The need for bigger and more powerful cars came as a result of several historic events. Firstly, better engines were built during WWII and since the US had a ban on alcohol many lawbreakers decided to build more powerful machines that will help them transport the forbidden goods. After the ban was lifted the modified cars found a different purpose and that was for racing. The cars used in the first races had to be with a stock body, heavy-duty rear axle, doors shut, and the driver had to have a seat belt on. Also, they had to have roll-cages, but some drivers made them for lightweight material so they would go faster. The most known cars from this era are the 1939 Ford Coupe and the 1956 Ford Convertible.

The Generation 2 of race cars existed between 1967 to 1980. The frame and chassis were modified, which provided more safety but also better performance. Also, during this era, aerodynamics has found its purpose in racing. Generation 2 saw the first car, Dodge Daytona, to break the 200mph record.

Generation 3, which lasted from 1981 to 1991, saw more race-oriented vehicles that started to drift apart from those that have been used on the roads. The wheelbase became smaller but the bodies for the race cars were still bought at manufacturers, so this generation still kept some connection to their road siblings. During those days there were no restrictions concerning engines, so most teams focused on building the ultimate engine for their vehicle. This is why Bill Elliot broke the record in 1987 with the speed of 212,8mph, which stands till this day.

Generation 4 lasted until 2007, and it’s one of the most defining and changing periods for the world of race cars. In 1992, race cars stopped using bodies from manufacturers but highly-specialized shells, decklids, and fiberglass hoods. Moreover, there was a certain template that had to be taken into consideration.

When a fatal accident occurred to Dale Earnhardt in 2001, people from the race car industry realized that something had to be changed.

The driver’s position had to be moved more towards the center, so they would be protected in case of any crash or rollovers. The energy-absorbing foam was placed on the side of the cars, a large splitter was added to the front, and a new rear wing to the back.

This model wasn’t popular with the fans nor with the drivers. However, several accidents proved that these modifications were necessary since they saved the lives of many drivers.

Today’s race cars look more like showroom models than the previous generation. NASCAR decided to reduce the spoiler which the drivers didn’t like and added softer tires.